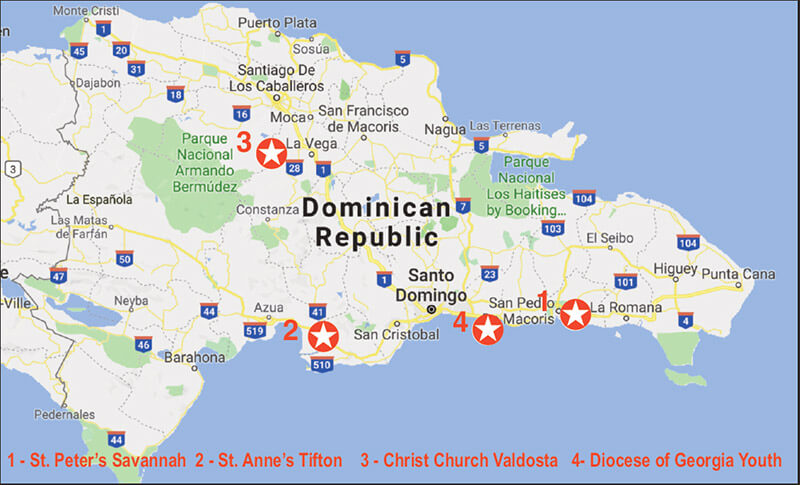 Where teams from the Diocese of Georgia worked in 2018

For the past 18 years, the Episcopal Dioceses of Georgia and the Dominican Republic have joined in a companion relationship sharing the love of God. This relationship between our two dioceses is a vibrant part of our diocesan ministries, both home and abroad.

During 2018, 63 people on four mission teams from the Diocese of Georgia worked alongside Episcopal congregations in four separate locations in our Companion Diocese of the Dominican Republic. This number is an increase from last year’s total of 52. The 63 people on the “Go Teams” were supported by parishioners in their home churches, family members, friends, and corporations as the “Home Teams” to finance the projects the teams accomplished.

The first group of 22 optical clinic missioners arrived in San Pedro de Macorís on January 20 to conduct a clinic to examine eyesight and dispense eyeglasses and sunglasses as needed at the Dominican Episcopal health facility located next to St. Stephen’s Episcopal Church (Iglesia Episcopal San Esteban), and the second group of 7 surgical team missioners arrived on January 25 to perform cataract surgeries in the El Buen Samaritano Hospital in the city of La Romana. This was the first time that this team has offered cataract surgery as well as eye exams and eyeglasses. The optical clinic team admitted 934 patients and dispensed 304 pairs of prescription glasses, 529 pairs of reading glasses, and 315 pairs of sunglasses. An additional 61 pairs of prescription eyeglasses were made in the United States and shipped back to patients. The doctors on the team referred 95 patients for surgical follow-up for conditions such as cataracts, glaucoma, and diabetic retina disorders. The surgical team completed 70 cataract procedures in La Romana. A fundraising campaign is now underway at St. Peter’s to equip a location in San Pedro de Macorís for cataract surgical procedures in 2019. 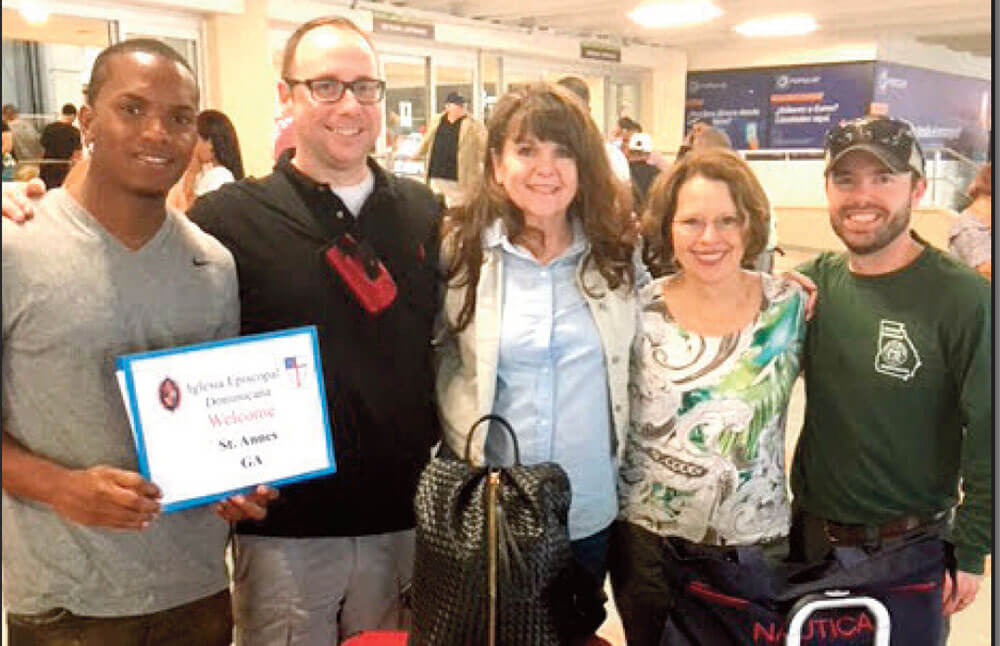 Four missioners from St. Anne’s (Tifton) worked alongside members of the Episcopal congregation in the village of Las Carreras on finishing details for the church, bringing to a close an eight-year project. The completion of Iglesia Episcopal Espíritu Santo (The Episcopal Church of the Holy Spirit) means that the faithful members of the congregation who have been worshiping in members’ homes and backyards for the past four decades will now have their own church building. The St. Anne’s missioners and the villagers painted the entire interior and exterior of the building and cleaned up construction rubble on the site. After the St. Anne’s missioners returned home, later in March a mission team of carpenters from the Diocese of the Central Gulf Coast arrived to install a set of pews, an altar, and other furniture items that they had made in a workshop in Santo Domingo. In April, another team installed a Christus Rex on the wall behind the altar. The consecration of the new building is scheduled for October 20, 2018, and a group of veteran missioners from St. Anne’s and representatives of the Dominican Development Group will be present in Las Carreras for that celebration. 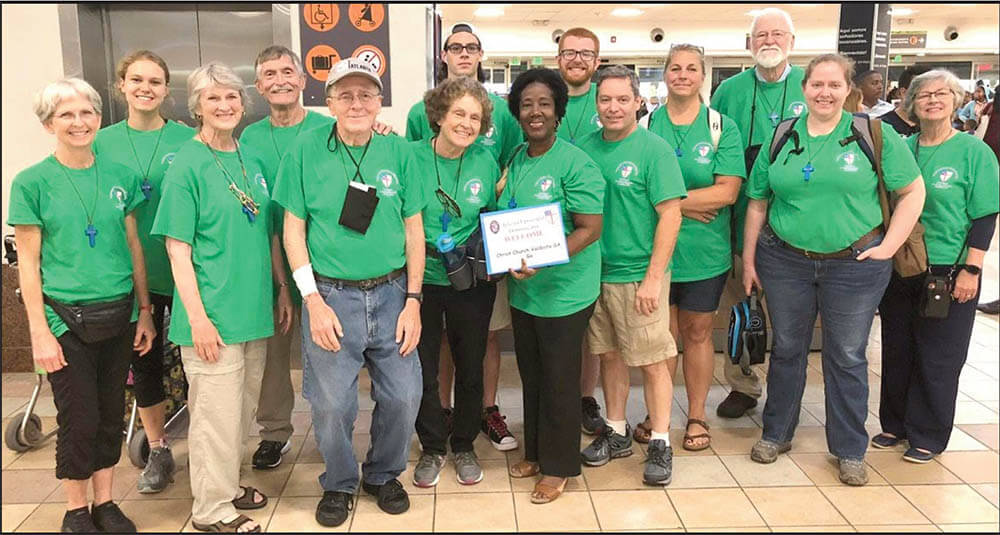 Fourteen missioners on the team sponsored by Christ Church (Valdosta) worked from June 23-30 in the village of El Pedregal, the site of the Dominican diocese’s rural conference center. The main projects during this trip included repairing and repainting a wooden schoolyard playground structure built by this team in 2014 in partnership with another team from the Diocese of Nebraska; teaching Vacation Bible School for 40 children; teaching sewing classes for eight women in the village; painting murals on the wall of a kindergarten classroom in a building renovated by this team in 2016, again in partnership with a Nebraska team; teaching bracelet crafts for a group of teenagers; holding two rabies vaccination clinics, one in the village and another in the nearby city of Jarabacoa; and hosting a half-day “splash party” for the village children. One highlight of the trip was the participation of Mary Jeannette Pringle de Quezada, the wife of the diocesan bishop, the Rt. Rev. Moisés Quezada Mota, as one of the team’s 14 missioners. She was a primary instructor in the sewing classes, and also served as a VBS teacher and translator. Soon after returning home, the team sent funds for scholarships for 89 children in the Episcopal K-8 school in this village for the 2018/19 academic year.

The Youth mission team from the Diocese of Georgia

Each of the four mission teams was featured in From the Field twice, once during the week the team was in the Dominican Republic and then again after the team returned to Georgia. These articles included photographs of each team and summaries of the work that was accomplished.

Julia and Julius Ariail (Christ Church, Valdosta) continued to serve as co-chairs of the Companion Diocese Commission. As Bishop Benhase’s representatives on the board of the Dominican Development Group (DDG), a coordinating agency for the dioceses with companion relationships with the Diocese of the Dominican Republic, they attended the board meeting of the DDG in Santo Domingo on February 12 and will attend the next meeting in Tampa on October 15. Julia serves as secretary of the organization. They will also be in the Dominican Republic in October and November to participate in the consecration of two new churches, Espíritu Santo (October 20) and Monte de Sión (November 10). For more information, check the Companion Diocese Commission’s webpage, part of the Diocese of Georgia’s website, at Companion Diocese, or contact Julia Ariail juliacariail@gmail.com or Julius Ariail at julius.ariail@gmail.com.